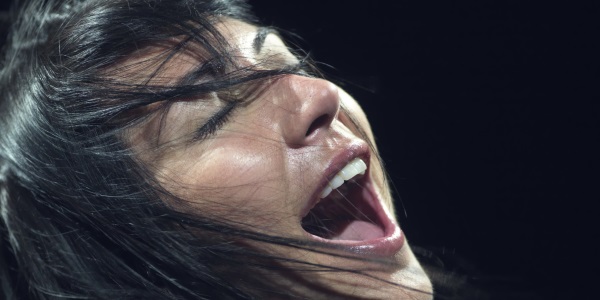 Achieving female orgasm isn’t rocket science and yet men fail miserably at it.

By giving a women the orgasm she desires, you’ll always have her coming back for more.

But how do men satisfy women? Read on to learn from my own mystery experience.

For my experience with my man, it was only a matter of finding out what I really liked when it comes to sex and after initially struggling, he was able to deliver on my urges.

There is an uncanny appeal to having sex when you feel like someone is watching or you might get caught at any time.

This wasn’t an exhibitionist thing but a way more personal experience that imbues excitement in oneself.

The adrenaline rush that you get from the fear of getting caught with the added pleasures derived from sex helped me achieve the climax unmatched by so many I’ve had before.

I was waiting for my husband to arrive from his office in my room.

It was really late and our only son was sleeping as it was past his bedtime.

I suddenly received a text from my husband, the text read “are you in the room?”

I texted in an affirmative and realized he was home.

I was about to leave my bed when I received another text which read “Wait for 10 mins and then come out in the living room”.

I was expecting a gift or a surprise dinner to spice up the romance in our now mundane life.

What I wasn’t expecting was what I found when I finally made my way to the hall.

The room was dark and only partially lit with candles.

My husband was sitting on the sofa covered with rose petals, smiling back at me but there was no dinner or a gift in the living room.

My son’s room was open and so were our curtains.

It was then that my husband approached me sexually, hesitant at first, constantly looking at the windows for prying eyes, I eventually gave in.

The adrenaline that I experienced that night was what led to the best orgasm I’ve had in ages.

My husband had finally found a way to make a woman like me orgasm.

However, I could not forget the many times he had met me halfway and I always wanted to know why that happened.

I truly believed work-related stress had to do with it but I also suspected lack of reasonable foreplay as a culprit.

You see, men are naturally predators and once they hold of your naked body, they simply want to devour it.

They never really pause to think how the woman feels before beginning the intercourse.

But what does a thorough foreplay mean?

Basically, it is anything that will get the both of you leaking even before the intercourse begins.

As a woman, it behooves us to ensure our men make us truly ready because it’s only then that we will be able to play along.

But as my story proves, having a good orgasm isn’t just about the foreplay or using toys.

It is an encounter amplified by the uncertainty of the situation.

There is a fear of humiliation and that fear makes sex all the more exciting.

It is also important to remember that women often fake orgasms, not conveying to their partners the truth, for fear of hurting their relationship.

This leads to countless sexual encounters with failed orgasms, and men can’t be blamed for being oblivious to it.

Women need to have an open conversation with their partners about whether their sex is good and what can be done to spice things up.

As my story proves, having a good orgasm isn’t just about the foreplay or using toys.

It was an encounter amplified by the uncertainty of the situation.

There was a fear of humiliation and that fear made the sex all the more exciting.

It’s not that complicated to understand what woman want out of a man if the man simply starts paying attention to details.

Don’t wait on men though, take the initiative to create your own exciting sexual adventures.

With some willpower to try something unique in bed or in your life in general, you will not only be able to achieve the best orgasm of your life but also ignite the smoldering flame of your relationship.

And if you’re looking to take it up a notch, your next step should be learning how to make a girl squirt – although it requires a bit more technique / the need to use sex toys more often than not, being able to give your girl the ultimate female orgasm is well worth it!