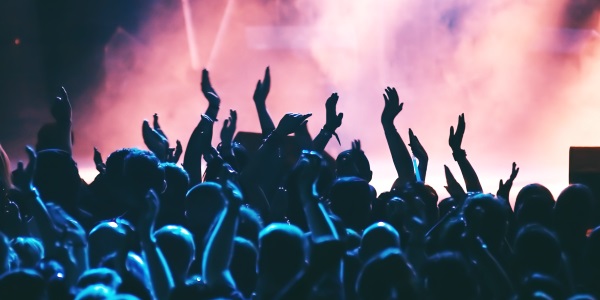 The influx of smartphones in this 21st century has in recent times shifted the focus of many concert goers from actually enjoying the concerts to recording in order to safe keep for futuristic purposes.

The average human being in this century spends an alarming amount of time on their phone in general, all in a bid to keep up with the fast-paced world order.

Given the recent increase in the market value of most musicians therefore leading to more expensive concert tickets, most concert goers would rather get the full experience by recording the concerts which is made more easier through the use if cell phones thereby greatly distracting them from the point of the whole concert in itself which is to come and enjoy oneself.

While a lot of people argue that for them recording an event enhances the experience and brings them much closer to the concert, others have argued that the use of cell phones at concerts is very bad and should at the most be banned or in the least be stopped from being taken to concerts.

This bridge is especially significant when the ratio of musicians VS concertgoers who like the use of smartphones and those who do not is calculated.

Many artists such as Adele have openly persuaded the audience at their concerts to refrain from using their phones during the performances as it makes them conscious of the social media factor thereby affecting their performance in one way or the other.

Others such as Alicia Keys, Guns and Roses, etc. have gone as far as employing the services of a pouch company to secure all smartphones in safe pouches which can only be reopened while exiting the concert.

Some, on the other hand, have outright called for the ban of cell phones at concerts.

Another artiste Ellie Golding, on the other hand, resorted to trying to persuade people at her recent concerts to try to remember her even with their eyes and ears rather than the cell phones.

The psychological effect which music has on the human body and mind till today cannot be fully ascertained neither can it be pinpointed to with full confidence, this is a mystery given the fact that it’s been really long since human scientists have not found answers to any singular problem.

But nonetheless, it seems like the hold which music has over the human mind and body is beginning to wane due to the influence of cell phones which have now become even more important at concerts than any other thing.

In most cases, especially top-notch concerts whenever a musician or band is about to perform, the excitement is all there and takes over the auditorium or concert venue like a wildfire but the second that moment passes, every cell phone goes up with the recorder on and the whole concert gets lit up with flashlights from the cell phones.

While a lot of musicians have retired to this reality, others keep on speaking against it at every given opportunity in a bid to make the concert a much better experience for everyone involved.

Although there is an upside to this as a recent study by a team of researchers from the University of Pennsylvania, the University of Southern California and Yale University, came to the conclusion that taking photographs at concerts in actual fact help to increase the rate of enjoyment or satisfaction derived.

Although it is equally important to note that watching a video over the phone does nothing to beat watching an event happen live and following all the excitement from the depth of your heart.