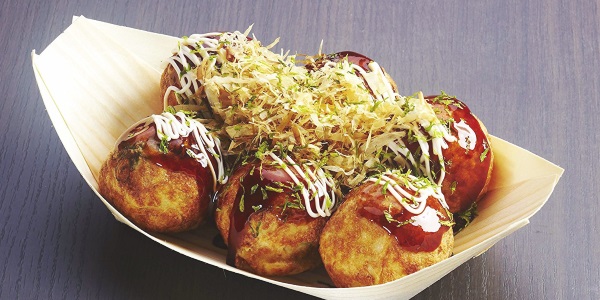 For anyone who has lived in an exotic or foreign country, completely different or separate from their own, there comes a time where you will eventually encounter food of that countries culture that may seem exotic, or generally repulsive.

I consider myself to be a lover of foods of all sorts of varieties, and through my experience of eating different types of dishes, I have learned some of the best ways for trying out a new “exotic” food.

One of the best ways for trying out a new exotic food is to actually not even realize what you are about to eat; meaning that in this one particular case, ignorance is the key.

This was certainly true for me during the years that I had lived overseas in Japan, thousands of kilometers away from my home of 20 some years in the U.S.

If one were to bring up the topic of exotic foods to me, the first one that enters my head is Japan’s love for all things octopus.

This marks the beginning of what I would call my own personal exotic food adventure.

Uon reaching Japan I wanted to try a variety of snacks, one of which was called “takoyaki” (“tako” meaning octopus and “yaki” meaning to fry), which is a Japanese delicacy with a rich and storied history.

Takoyaki are deceptively delicious looking, and in fact most people do find them delicious, but with their outward appearance of nicely fried, flaky batter, combined with my lack of Japanese knowledge at the time, I had no idea what was waiting for me inside of the outwardly appealing treat.

Had I known what was inside of the fried up bite-sized ball of batter I would not have even attempted to try it, which brings me to what I had mentioned earlier regarding ignorance of the exotic food in question.

It is a matter of eat first and ask questions later.

The next key to trying exotic food is to find some sort of excitement behind it, whether it be the food’s preparation methods, you want to feel like a risk taker, etc.

If you are of the risk taking sort, then I could suggest fugu, otherwise known as blow fish, which is another exotic food that can be eaten in Japan if you are willing to shell out a little more than you would for an average dinner.

There are many rumors regarding blow fish being lethal to eat (which is true), although contrary to belief, if it is prepared correctly, you can eat as much blow fish as you like.

These kinds of “dangerous” exotic foods are certainly for foodies that also love a little bit of an adrenaline rush with their meal.

Fugu chefs will typically leave a small portion of the toxins in the prepared meal to go along with the blow fish, which gives patrons a tingling sensation in their mouth and adds a whole new level of experience when it comes to trying out exotic food.

Although if you are trying to prove popular opinion wrong about the dangers of a certain exotic food, partial awareness about what goes into your meal may be key.